founded in 1998, consists of two amazing modern jesters with great
complicity, sensitivity and experience in the service of humour and comedy for everyone and
everywhere. 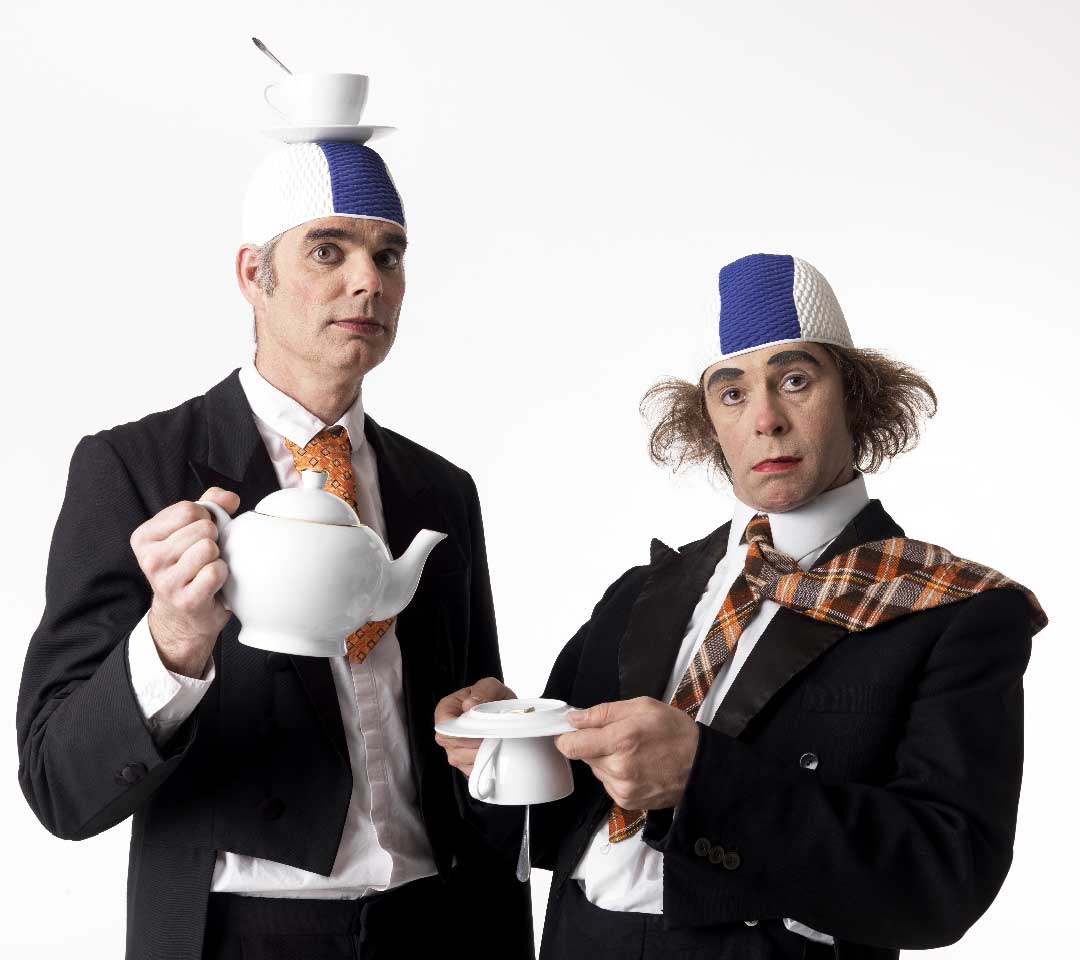 Andreas Manz and Bernard Stöckli are at the service of humour, they are clearly contemporary and without too many words turn the world upside down! Their trademark is cheeky theatricality, fine comedy and daring slapstick, all seasoned with poetry, clowning, improvisation and a captivating humour.

The two professional artists successfully combine comic entertainment with the demanding art of theatre, mastering both fields with mastery.

Together they also teach the art of clowning at various theatre academies and direct several theatre and circus productions.
In 2019, they directed Circus Monti’s “Jour de fète” programme. 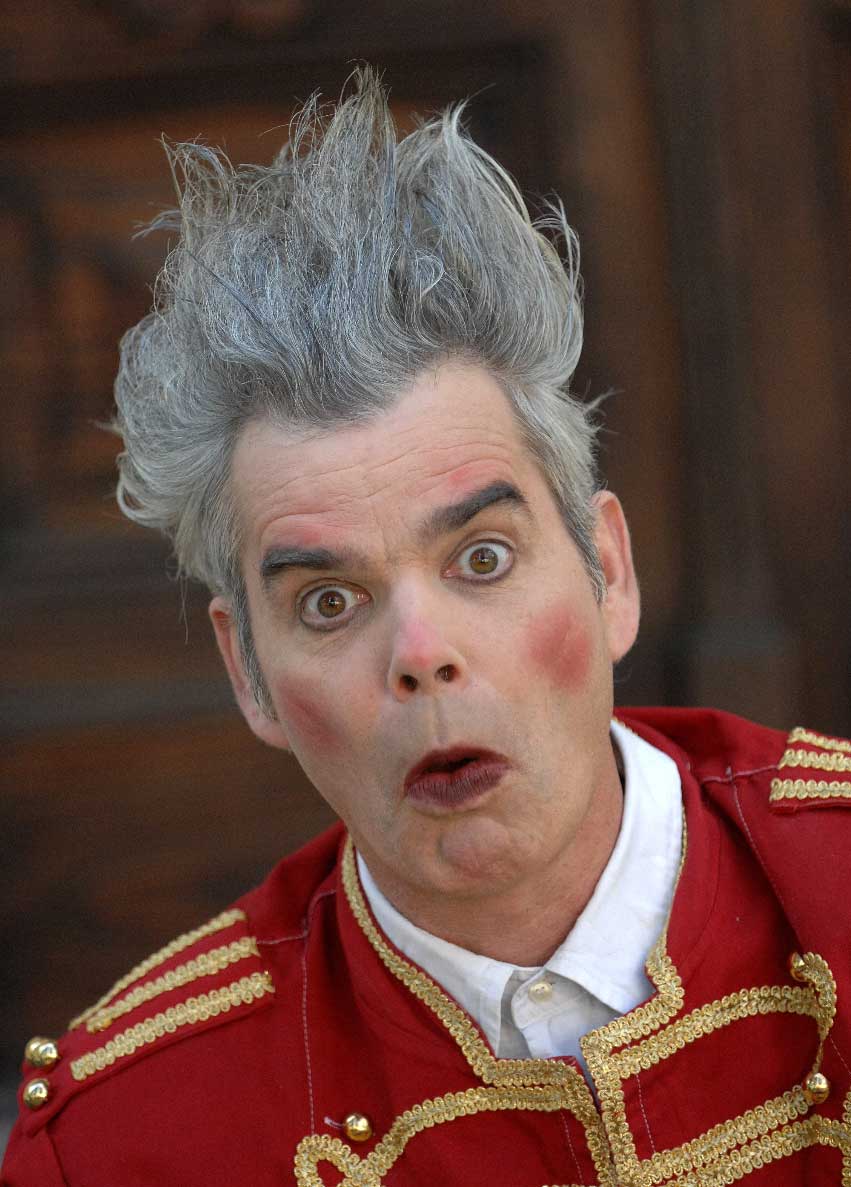 German born in Stuttgart, Andreas Manz began his career as a KFZ mechanic. Attracted by the arts of the stage, he followed parallel courses in theatre, music, dexterity and acrobatics.

He completed his training at the Scuola Teatro Dimitri in Verscio. Member of the Cie. Companix, of the Compagnia Teatro Dimitri as well as of the Ensemble teatrale Cologne City Limits (Cologne).

With Bernard Stöckli he is engaged in the Circus Monti (CH) and tours extensively throughout Switzerland. In addition, he teaches improvisation techniques and runs theatre courses with the theme “Clown characters in theatre”.

In 2005 he founded the Compagnia DUE+UNO ktogether with Kai Leclerc and Bernard Stöckli. Under the direction of Bustric they produced their
first play ‘La Porta’.

He worked at the UBS bank in Lugano as a stockbroker. He then discovered the art of theatre with Pierre Byland (Paris) and Ctibor Turba (Prague).

Training at the Scuola Teatro Dimitri in Verscio. Member of the Compagnia Teatro Dimitri with which he toured all over Europe and Central America. Two years engaged as an artist with Circus Monti (CH). Director and teacher of clowning since 2001.

Co-founder and member, together with Andreas Manz, of the Compagnia DUE with which he produced several shows. 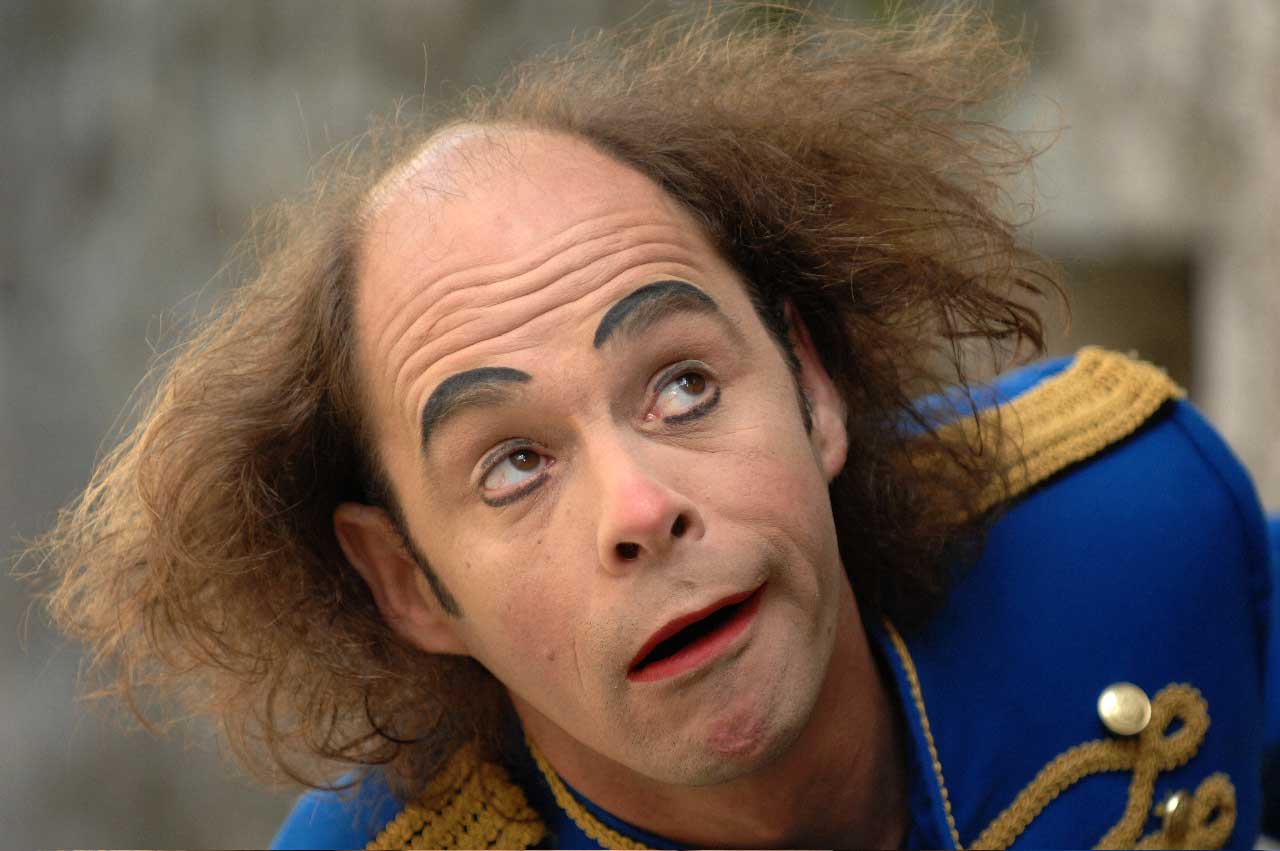